Residents have been enjoying events to promote equal rights and dignity for all, this Pride Month. 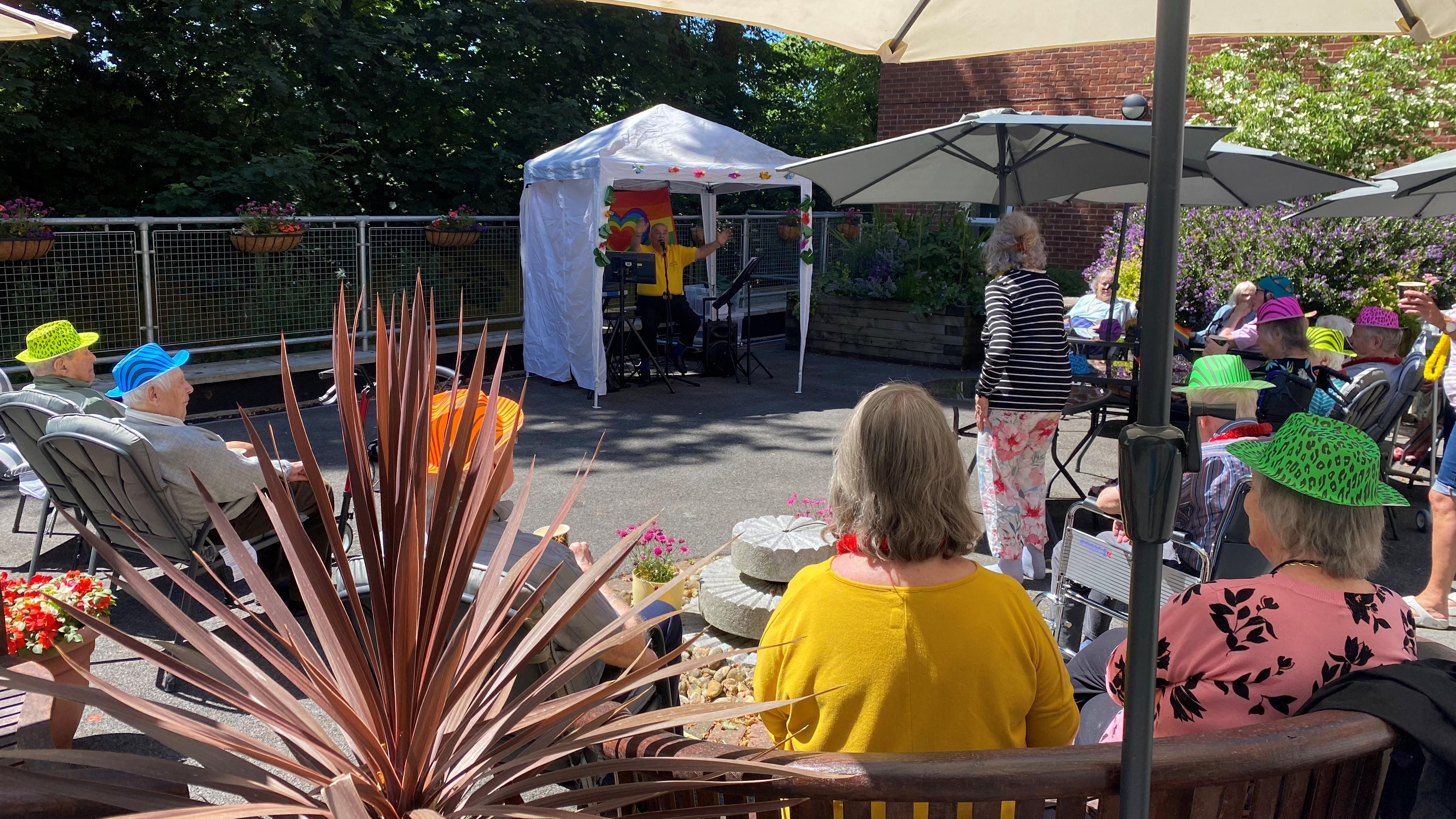 We love to sing and dance at Avonbourne, and we love a big splash of colour, so when it all comes together with a chance to promote diversity, inclusion and self-affirmation, it’s a wonderful atmosphere at our home.

Pride Month has become an annual celebration around the world, raising awareness of the challenges and issues facing the LGBTQ+ community, and recognising the impact LGBTQ+ people have had on our culture.  The first Pride March took place in New York and now there are marches and other events taking place all over the world every year.

At Avonbourne Care Centre, we’ve not been marching this year, but we took the opportunity to get outside in the sunshine with our colourful hats and classic songs from Brian Slade to create some real atmosphere in the garden.

The origins of Pride Month date back to 1969, when Greenwich Village, New York, saw the Stonewall Riots – in June.  Police raided a bar in the city, prompting weeks of riots and demonstrations which became a turning point for the US gay liberation movement, and the first march was held the following year on the anniversary of the raid, meaning that this year is the 50th anniversary of Pride.  LGBTQ+ rights have come a long way in that time, but there is still a lot of work to be done.

Today, Pride Month is about celebrating who you are and being proud of that.

We’d encourage everyone to get involved in some way, whether you read about the history of the event or watch a documentary on the television, go to a music concert or poetry reading, or even join a pride parade with thousands of others.  The rainbow flag is a symbol of Pride, and we’ve had every colour on display.