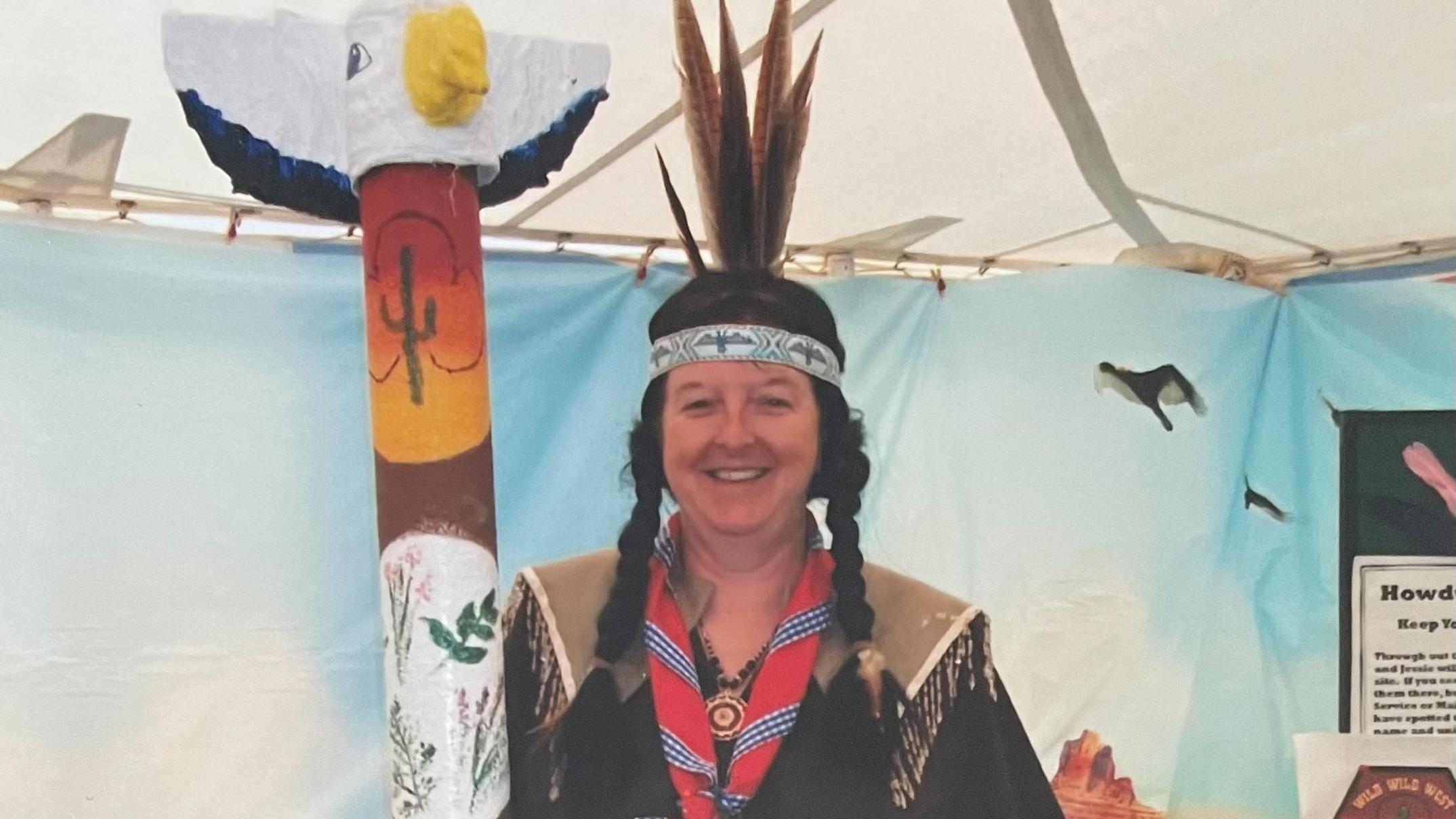 Tuesday 8th March 2022 is International Women’s Day.  We are lucky at Avonbourne Care Centre to know many wonderful, inspirational women.  We caught up with Jacqui, our Bursar, to talk about her life with Girl Guiding.  She tells her story here.

"When I was seven, I discovered there was a Brownie unit at my school and I begged to be allowed to join.  My mother was not keen but finally I was allowed to join and so began my journey with Girl Guiding.  I progressed through Guides and Rangers, was asked to run a Guide Company and on my 18th birthday was presented with my Guiders Warrant.  I was then a qualified leader, and my journey began.  I was married in 1980 and moved from Gosport, Hampshire to Salisbury, Wiltshire.  I had a break then until my daughter arrived and when she was seven she too joined the Brownies.  She came home one evening to tell me that their Brown Owl was leaving but it was okay because she told them that I was in the Guides and I would take it over.  So once again, I found myself running a Brownie and Guide unit.  The girls in the village wanted it but there was nobody else to run it.

Like the care sector, there are many safeguarding and safety protocols.  I took a Camp and Holiday licence and assisted taking girls to Switzerland.  I became a National Trainer – the qualification of which I am proudest - which enabled me to train the young women who would be the future leaders of Girl Guiding. There were not enough Leaders to take girls on international trips, so they were missing out on World Camps and other opportunities abroad.  I went for selection and carried on taking an International Licence allowing me to take groups abroad.  I went to Switzerland four times, and Croatia, on adventure holidays.  I then took a group to the Belgium JAMBE, a massive guide and scout camp with 5,000 scouts & guides from around the world.  I also had opportunities to go away with adults aged 18-65, including trips to Mexico and India, and latterly I helped lead a group of 30 to Kenya.  The adult trips were working holidays, teaching, and passing on traditions. 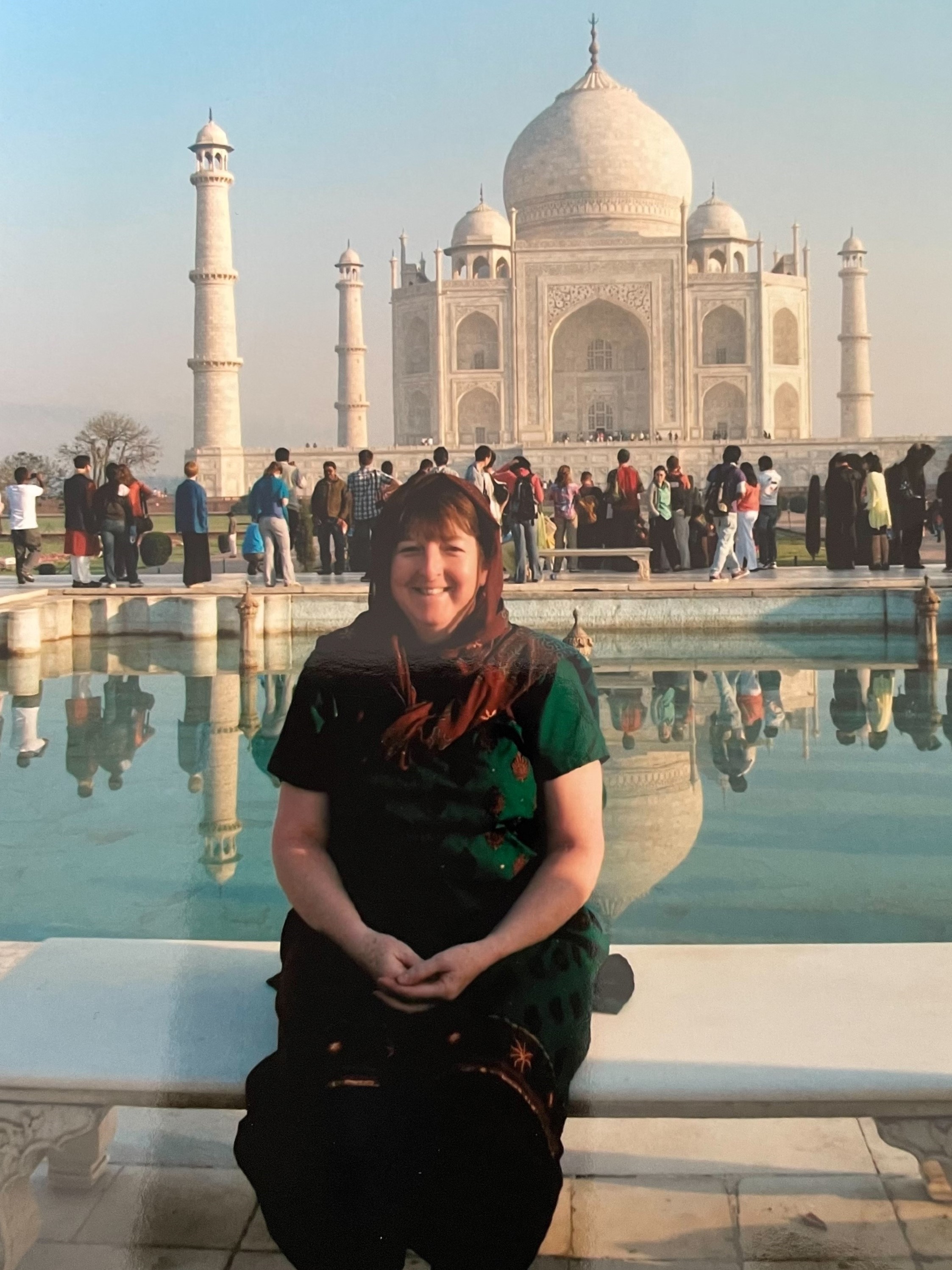 Today’s girls have more choice, and some parents are prepared to let them explore and have adventure from the age of 14, with the Duke of Edinburgh scheme being a well-known opportunity.  In my teenage years it was not as easy.   I always felt that there was something I had to do, leading the girls, giving them opportunities, letting them challenge themselves, building their confidence giving them new skills, and helping them find their independence.   I felt I was giving something back with all of this, but still there was something missing.  I went to India and took them crafts and taught English, visited a leper colony, and saw huts built by Blue Peter and other organisations.  It was Kenya where I finally found myself, repairing the torn clothing, teaching first aid, allowing children to have an art lesson, showing them how to make a simple washstand from branches & string.  The headmistress at the school we visited told me that I underestimated myself and what I had given the girls in her school, and there would be washstands in every house in the slums that the girls called home.  It was humbling to say the least.  We taught the boys to make goal posts and sew nets. The morning after, there were four and two football matches taking place. The children of Kenya learnt quickly and wanted so much more. 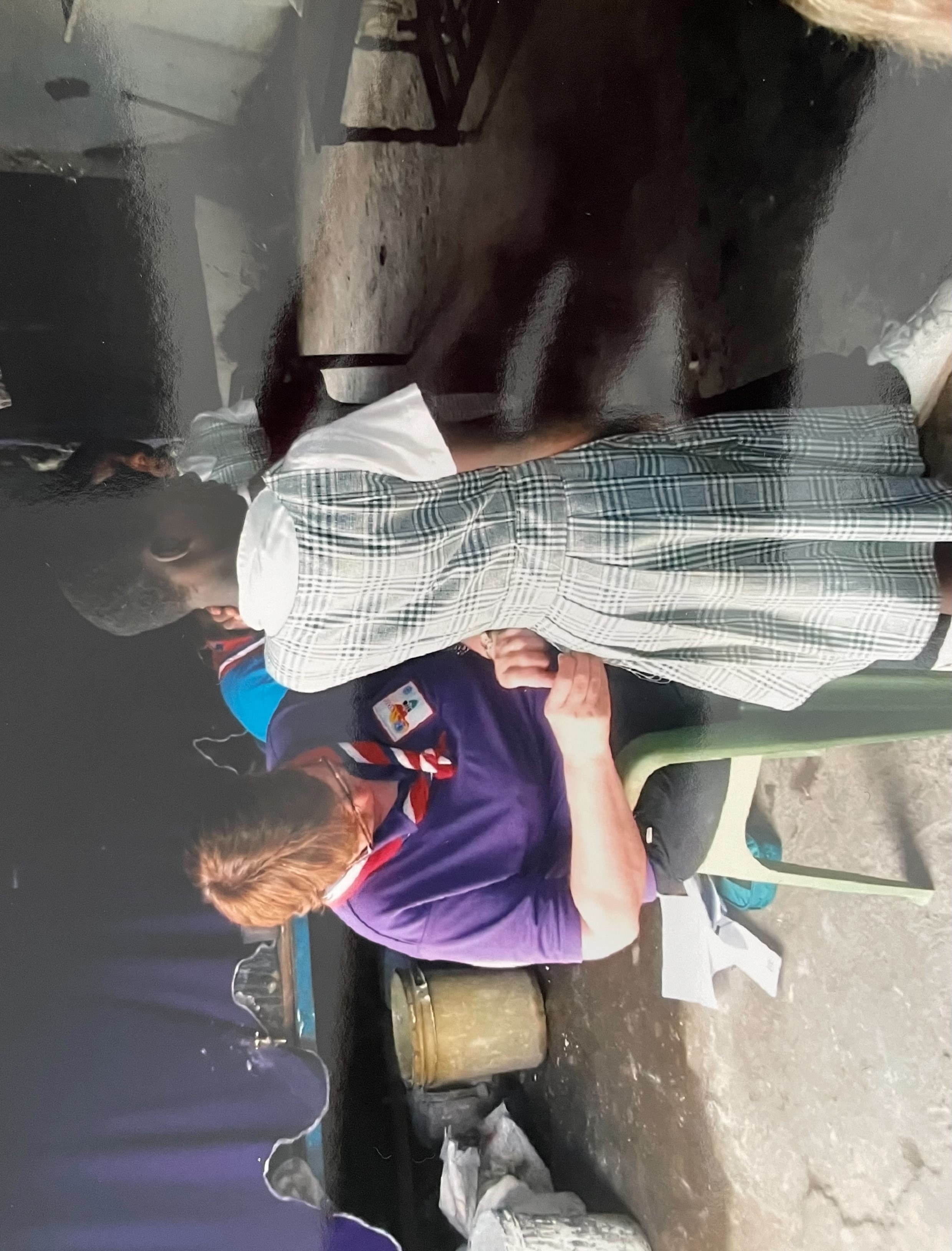 Girlguiding gave me the opportunity to teach and support young girls, from the age of 5 to 25.  These young people are our tomorrow.  They are now the women of today, so many achieving and continuing the path.  Girl Guiding gave me a place to belong, to feel needed and to achieve.  I have always been a giver, being asked to do this piece and to find the photos has been an emotional experience.  I did it all because I was committed to my Brownie promise and I saw what Girl Guiding gave to young girls.  I have had so much fun and done things that I never imagined I would or could be involved in.  In all my pictures, the young people are always smiling, there are so many stories.  I have completed 40 years’ service as a leader with Girl Guiding and I have worked with hundreds of young people from every walk of life, from all over the world.

I have the same commitment to the Trust and the residents in my role as Bursar.  I am not special, I just enjoyed giving and took up challenges and opportunities.  I chose a girl with dyspraxia , through international selection to go to Finland and then was asked to go as well to support her.  In a floating sauna, in a middle of a lake she told the other scouts and guides that in her wildest dreams she couldn’t believe what she done and it was all down to me.  Izzy has gone on to be an ambassador for Girl Guiding and has achieved so much more.   This International Women’s Day, thinking of all these women of today, I am privileged to say “I remember you,” to have the memories, and to have given back."

For more information on International Women’s Day and this year’s theme of #BreakTheBias, visit the official website.