“We were told that he might not recover but a miracle took place.” 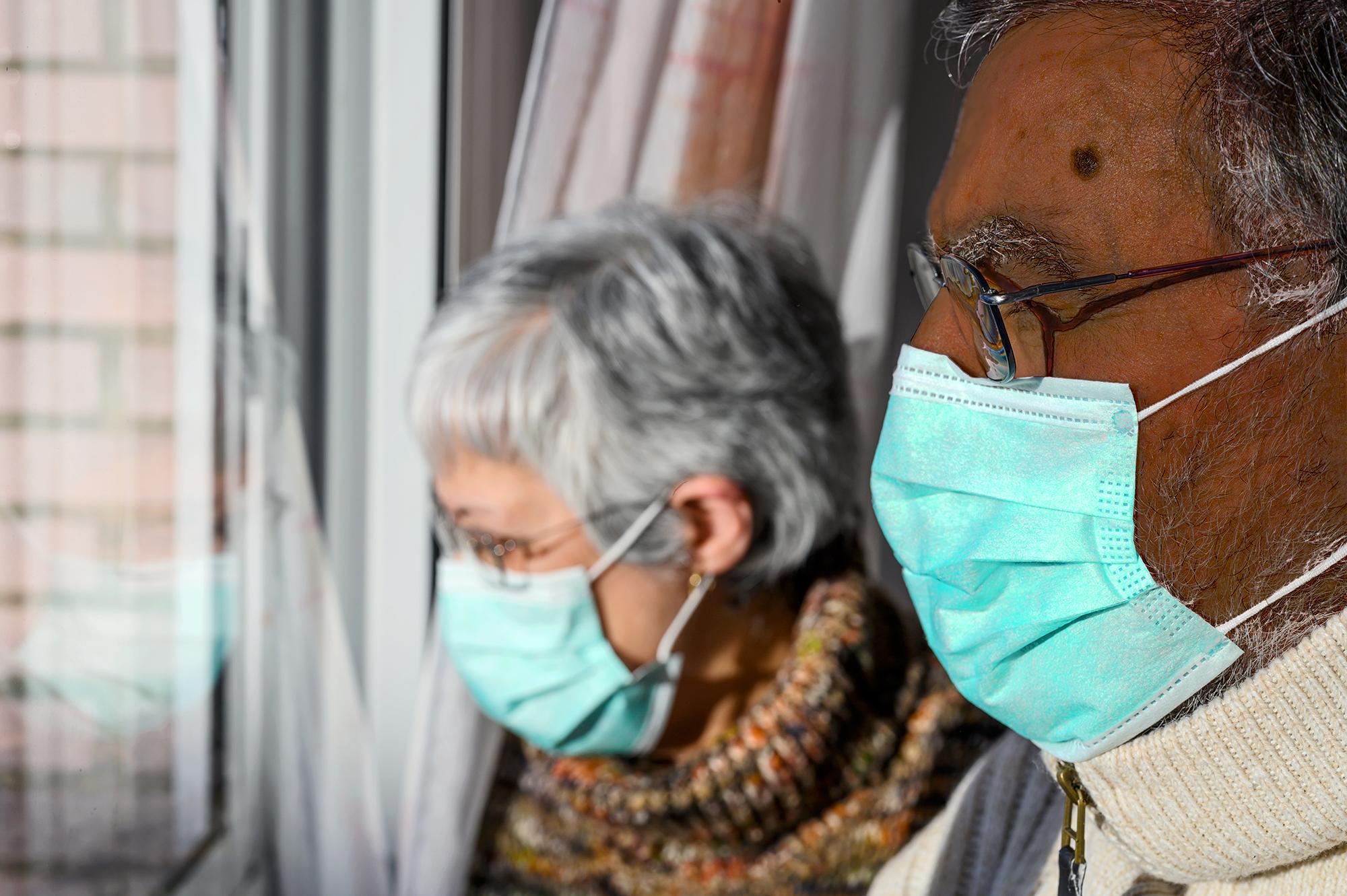 Debbie* and her husband Hasan* have been living with his dementia for over ten years. Hasan was diagnosed with vascular dementia after a stroke in 2009 and moved into OSJCT Langford View Care Home in Bicester in 2015. Debbie lives nearby and visits him as often as she can.

The couple have been married for over 50 years and have two sons and three grandchildren. They met in 1966 in London and with Hasan born in Sri Lanka, they were one of few interracial marriages in those days.

Since his stroke, Hasan experienced short-term memory loss but could manage short trips to get his morning paper and the couple moved to Oxfordshire from Cambridge to be closer to their sons. Unfortunately, in 2014 Hasan had a fall in the garden. This damaged his hip, after which he became frail and had poor balance. Despite having daily carers visiting, it was clear that Hasan needed full time care and he selected OSJCT Langford View Care Home due to its modern facilities and en-suite bathrooms.

In 2015 Hasan moved into the home after some weeks of respite. He settled in well, however a pain in his leg led to another stay in hospital. A brain scan showed that Hasan had fluid in his brain and the decision was made to withdraw Hasan’s regular medication and make him comfortable at Langford View.

Debbie explained: “We were told that he might not recover but a miracle took place. After two months of little response to external stimulus, our son brought our third grandson to visit Hasan, he laid the baby on his chest and from that moment he gradually regained his interest in living and interaction with the outside world.”

In the last five year since meeting his youngest grandson Hasan recovered some movement and speech. Debbie said: “In the last five years Hasan has been pretty well. Whilst he is frail and still suffers from memory loss, he can move along the corridor with a walking frame and a carer to help his balance. He can go to the lounges in the homes and enjoy some of the entertainment and activities.

“He has had no falls in the last few years, and he has an alarmed cushion which goes off if he gets up quickly and has forgotten that he is vulnerable to falls.”

Whilst Hasan is cared for in the home, it has been a lonely time for Debbie and, like most spouses in this situation, she needed support. OSJCT Admiral Nurses, who partner with Dementia UK, are specialists in dementia care. They take a lead in embedding best practice and training across the Trust as well as offering support to family members such as Debbie.

“Angie is one of the angels of this world,” said Debbie, who has had regular calls and before lockdown restrictions group meetings, with Admiral Nurse team lead, Angie Williams.

“Whilst Hasan has good care in a communal environment, I live alone and the separation along with isolating to avoid catching Covid-19, all affect my mood. I can feel very low at times. It has been challenging seeing Hasan’s speech falter and struggle to be understood. But Angie has been there as a constant source of support and advice, she has been a real rock.”

Despite all the challenges, Debbie is grateful that Hasan is safe and well at OSJCT Langford View. Though visits are limited, they enjoy looking at photographs of their travelling days together. Hasan recognises his wife and their weekly meetings are a highlight. Even though he struggles to form sentences, he is still able to tell Debbie how wonderful she is.

*Names have been changed and actors used in illustrative photograph.